With the temperatures up north dropping to blistering cold quickly, and the temperatures in Florida dropping to the beautiful highs of mid 70’s and lows of mid 60’s, you may have noticed those out of state tags on cars carrying or seasonal visitors from the north, otherwise lovingly referred to as snow birds, arriving on […]

Worker’s compensation in west palm beach is an item where many people need assistance or an advocate. You may not notice what is going on with your case before it is too late, but you can still have an advocate or attorney step in for you. When the attorney takes over your case, they are […]

Am I entitled to benefits if I violate a safety rule? The short answer is yes. It is extremely important that we adhere to our company’s safety regulations and rules while we are at the workplace. These regulations are in place to protect ourselves and our co-workers. At times, however, we may be extremely busy, […]

To say a lot has happened in Florida workers’ compensation over the course of 2016 is an understatement. 2016 was the year of Miles, Westhphal, and Castellanos. Some say it the year the playing field was somewhat leveled back out for injured workers. Others say it is the “golden age of comp.” 2016 was probably […] 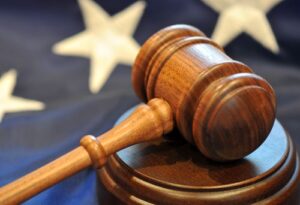 On Thursday, April 28, 2016, 540 days since oral arguments, the Florida Supreme Court handed down its landmark decision in Castellanos v. Next Door Company. Essentially, this allows Claimant’s attorney’s to collect a “reasonable” fee from the Employer/Carrier when successfully securing benefits. Previously, a Claimant’s attorney fee was based on a percentage of the value of the benefits secured. For example, […]

On April 20, 2016, Florida’s First District Court of Appeal published it’s holding in Miles v. City of Edgewater Police. This case dealt with a police officer who was bringing a Workers’ Compensation claim based on injuries sustained due to exposure to various chemicals while pursing active criminal cases. Under the current law in Florida, many view exposure claims […]

What are Common Requirements to Seek Compensation Due to a Work-Related Injury?

If you’ve been hurt on the job, you may not know where to start regarding compensation for your wages or medical bills pertaining to your treatment and recovery. Most employers should have a poster or two in a common area of your work area that will highlight some of the steps to take. You can […]

Very shortly after you are injured and file a claim with your employer’s workers compensation insurance carrier, you will probably get a call from the adjuster assigned to your file requesting a recorded statement of the events that led to your injury. Typically, they will want to get your version of how the accident happened, […] 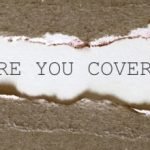